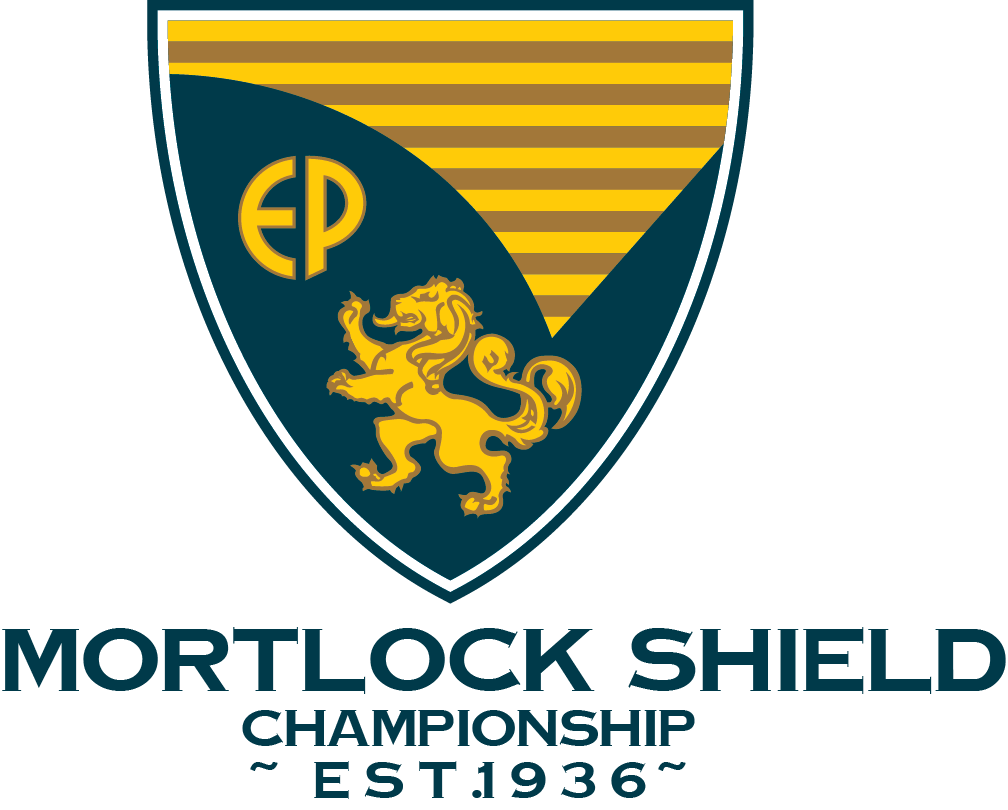 The 2021 Bendigo Bank Mortlock Shield kicked off on Saturday with the first five games played.

Lincoln City have put themselves in the driver’s seat with two straight wins with some close results throughout.

It was a great day for football, clear of rain and with very little wind as Western Eyre took on Lincoln Districts in the opening match of the day.

Lincoln Districts scored the first goal through Wes Bilney but Western Eyre soon had a reply through Jarrod Trowbridge who was setting up for a big game in front of goal.

Western Eyre was driving most of the attack with some effective disposals, with Harlee Chandler and Cameron Montgomerie working hard to clear the ball from the centre, however Lincoln Districts’ defence prevented opportunities, particularly Price Marshall and Zac Calderwood causing turnovers.

After some Western Eyre inside 50s, Lincoln Districts got in front of goal and W. Bilney, who excelled as a mobile forward, kicked towards goal and Hippy Wanganeen finished the job.

Western Eyre missed several opportunities in front of goal but a second goal for Trowbridge set them up nicely as they led at half time 2.4 (16) to 2.1 (13).

In the second half Western Eyre continued to push in attack with some great run and carry in the midfield, but the Districts defence continued to cause problems.

A great snap goal by Jake Warmington got Western Eyre to nine points, with Mitchell Gum stepping up with his work off half forward to help get the ball into attack.

Districts replied immediately as Lance Appleby set up W. Bilney for his second goal, followed by Wanganeen scoring his second and Districts were back in it.

However Western Eyre found a reply with a third goal from Trowbridge, fed by Warmington who continued to have an influence with his attack of the footy and tackling pressure.

Districts had some opportunities go begging as the Western Eyre defence also impressed, in particular Dale Shipard who shut Tynan Keeley out of the game and Dom Denton.

Districts did not stop trying to get into attack, Jaxon Bennett played a big part with his ball movement down the wing, Raheem Betts presented an option throughout the midfield and Brad Keast inserted himself into many contests.

However Gum would seal the deal with his goal, followed by a fourth goal from Trowbridge as Western Eyre ran out 13-point winners.

Lincoln City built their 13-point win against Eastern Eyre off a very strong first half performance.

In the first half Lincoln City was set up well in front of goal with Jonty Seal and Ben Shillabeer kicking two goals each, while in defence Ian Jericho was sensational in keeping Joel Fitzgerald out of the game.

Eastern Eyre was competitive, Jack Kenny was finding the ball and helped drive them forward, Aseri Raikiwasa led with his possessions and ruck work and Hank Burton did well to limit Seal’s opportunities and drive Eastern Eyre out of the defensive 50.

However this did not translate into goals, City’s defence kept Eastern Eyre to four behinds for the half.

Lincoln City capitalised on turnovers and displayed good tackling pressure, adding one more goal through Luke Wilkins who was active across the field, to lead by 27-points at half time.

Eastern Eyre turned things around in the second half, with Sid Masters kicking their first goal of the game at the start of the half.

Goals to Tyson Collins and a third for Seal strengthened City’s grip further but Eastern Eyre continued to push their attack, going after the contested ball with quick passages, aided by the likes of James Cant and Ryley Maitland.

Masters continued to present a good target up forward and kicked another two goals, while Kenny and Fitzgerald added their goals to further bring the lead down.

It was not enough, and Jacob Collins put the stamp on the win with a goal after the siren as Lincoln City earned a 13-point win.

Warm conditions greeted the two teams as Lincoln Districts faced a challenge in the fresh Great Flinders team, on top of being one-man down following an injury to Casey Amos in the first game.

A good ruck contest was forming between Jed Woolford and Jacob Stoll as the two teams looked to make the most of clearances, but Great Flinders played a bit more physical and kept the ball in their half for much of the half.

Great Flinders set up their lead with goals from Matthew Crettenden, Travis Beard and Casey Carr, with Stoll helping to drive the ball forward and Macauley Glover using his pace to win the loose ball and avoid danger, meanwhile in defence Jaxen Norton created turnovers off half back.

Districts would get a breakthrough as Brad Keast and Billy Byass got the ball into the 50 and Wes Bilney kicked the goal in the square.

Great Flinders missed a few more opportunities while Lincoln Districts added one more goal, through Zac Graham, as Great Flinders led 3.4 (22) to 2.0 (12) at half time.

Tynan Keeley finally made his presence known in the second half, kicking Districts’ first two goals as the team looked to be more competitive and take the fight to Great Flinders.

Brad Keast was lifting with his work to win the contested ball while Kingsley Bilney Jnr found space to present an option and when at full run proved uncatchable.

Matt Crettenden scored his second goal to right the ship but Great Flinders missed some opportunities to extend their lead further, however goals to Brodie Laube and a second to Beard put the result out of doubt.

The game looked to have taken a physical toll on Lincoln Districts with Lance Appleby and K. Bilney coming off sore, as Great Flinders showcased cleaner passages.

This was one that got away from Far West in what was a well contested game off football.

Aseri Raikiwasa was lifting Eastern Eyre with his ruck work and contested possessions while Kenny was active with clearances, setting up Rhyce Beinke for Eastern Eyre’s second goal.

Eastern Eyre chances in front of goal were limited thanks to the strong Western Eyre defence, with David Wright driving the attack off the back flank, Cooper Elphick causing turnovers while Dale Shipard was shutting out another dangerous forward in Joel Fitzgerald.

Harlee Chandler and Jake Warmington worked hard for possessions and tried to move Western Eyre towards the 50 but there was good defensive work to put pressure on inside 50s.

Dean Storic drove Eastern Eyre off the back half and Ben Clements lifted this quarter, racking up contested possessions as the team were not afraid to put their bodies on the line to win the ball.

Western Eyre missed some more opportunities and it really hurt when Alec Bryce kicked his first goal to put the lead at 14 points.

However Western Eyre soon had momentum on their side with some good passages down the wings, and Dom Denton gave his team some hope with a pair of goals.

But time was not on Western Eyre’s side in the end, many of their runs towards the 50 were turned over and despite pushing hard for one more shot on goal, Eastern Eyre held them off for a hard fought five-point win.

Both teams having won games earlier in the day looked to go into Monday undefeated and putting themselves in a good position to challenge for the Mortlock Shield.

Lincoln City had a great start putting 4.1 on the board, three from Jonty Seal with one from Brodie Drewitt, both linking up well in the forward 50.

A bit more effective with disposals and tackling pressure, with Jacob Collins and Greg Maxfield among those impressing early while Luke Wilkins and Shaun Maxfield pursued the clearances and Camden Madden helped set up early inside 50s.

At the other end Zane Montgomerie would be the difference in defence and would frequently spoil and turnover the ball back to Lincoln City while Ian Jericho had another great game in defence and Coen Taylor attacked efficiently with his tackling and clean hands.

Great Flinders pushed back in the second half of the half, Jacob Stoll backed up his solid ruck work with his penetrating kicks into the 50 while Brad Hazelgrove, Will Haarsma and Lochie Paech were among those effectively moving the ball through the midfield.

In defence Jaxen Norton again shined, reading the passage of the ball to spoil the forwards. Casey Carr would give Great Flinders their sole goal for the quarter, managing just three more behinds as Lincoln City led 4.2 (26) to 1.3 (9).

Great Flinders continued their late momentum into the start of the second half, despite the defensive pressure from Montgomerie and the Lincoln City defenders and Travis Beard, who looked to provide a goal kicking target, kicked the first goal of the half.

Lincoln City pushed back, Ben Shillabeer dazzled the crowd with his marking ability with a pair of impressive flying grabs and a goal from J. Collins gave City some breathing room.

Great Flinders were not done, Stoll continued to lead with his contested possessions and penetrating kicks, while the Maroons added another two goals through Matt Crettenden and Aaron Beard to give them a sniff.

However it was not to be as Jamayah Craig, who had helped in a play that led to an inside 50, ended the play by snapping an important goal which would seal the game. An impressive win, Lincoln City go into Monday as the sole undefeated team.