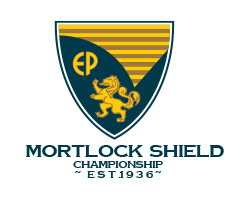 A second Great Flinders team, moving the carnival to Wudinna and a parallel netball event are some of the ideas laid out in a report looking into the future sustainability of the Mortlock Shield carnival.

The Eyre Peninsula Football Council prepared the report to look at possible solutions to increase the long-term sustainability of the annual carnival, which involves Eyre Peninsula football leagues.

Mortlock Shield interim committee chairman for the 2019 carnival Tony Irvine said said many of the recommendations were aimed at generating more money through the gate and addressing issues such as costs for accommodating visiting teams.

“The Mortlock Shield relies on sponsorship and gate money,” he said.

However after distribution of money to subsidise visiting teams – $7300 to Far West and $7000 each to Eastern Eyre, Mid West, Far North and the EP Sharks – the carnival made a $13,150 loss.

The report showed even after the distribution of funds to teams, participating in the 2018 carnival cost Eastern Eyre $5447 and Far West $5694.

The report recommended non-Eyre Peninsula teams, including the Sharks, no longer be invited to participate.

Instead, each team would be allowed a maximum number of marquee players from outside the region, with more allowed in teams that finished lower on the table to help equalise the competition.

To maintain the eight-team format, one recommendation involved two Great Flinders teams and a Norwood Football Club under 18 or under 23 team at the club’s expense.

Another option looked at for refreshing the carnival was to hold the carnival in Wudinna or another regional location with a parallel netball carnival for a one-year trial to reduce travel costs, lift the level of regional sponsorship and reduce distribution of carnival profits.

Mr Irvine said the report would go back to the Mortlock Shield Review working party, made up of league and Eyre Peninsula Football Council representatives to finalise recommendations to be considered by the council and the Mortlock Shield Committee.

Mr Irvine said the recommendations should be finalised by the end of October in time for a regional football meeting at Wudinna in November.

“We’re pretty keen on this, to come up with realistic recommendations and implementation plans and go from there,” he said.